22/08/2015
I wanted to try wild traveling, alone, so I have packed my bag, bought a bike, and decided to travel from Exeter to Bristol. That was after my internship at Konetic Ltd.
The first two days were full of activities, i went to this host through couch surfing, and havent read any infos on his page, just made sure that he had couple of references. and by the time I have reached there, i saw 35 people, living in one place, all were sitting on food table, and they started clapping welcoming me in their community, while having my meal, I started hearing the word “Israel” being repeated, and some weird hebrew words and names, and i felt suspicious, asking myself, “where the hell am i?”  I have started asking the guy whom I contacted online, he told me that it is Hebrew community, i absolutely have no problem with any religion at all, and i respect and understand all beliefs, but as an Arab, the word Israel won’t be pleasant to hear because it is connected with politics.
The host has confirmed to me that they are only religious community, no thing to do with politics. So this community actually is distributed all over the world, and they live together, have home education, sustain through bakery or selling milk, meat and so on. All men grow their hair and beards, dress wide shirts, and the women partly cover their hair, wear buggy trousers. They believe in bible, but they call Jesus yashoo’ and  they seem to have a problem with Christian faith, they mocked it several times, and like Muslims, they don’t drink alcohol, they don’t eat pork. They practice praying through dancing on a songs that sound like gypsies songs, women are separated usually from men, and all they talk about is love, compassion and forgiveness. It was weekend when i arrived, so fortunately we played volly ball, sang, had interesting conversations.
Personally, i think those people are so nice, lovely, isolated from surroundings, they don’t know about conflict in Syria, and some of them have never heard of Facebook!, they totally believe in afterlife, hence they dont care about anything else, but they are also brainwashed… it is fascinating how religion can completely control people’s minds and lives. They think that god brought me to them so i learn about their faith and it was not a coincidence.. they had 2 couch surfers who were visitors like my self, and converted! 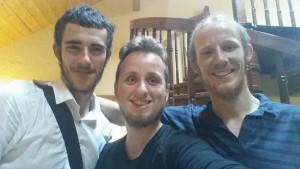 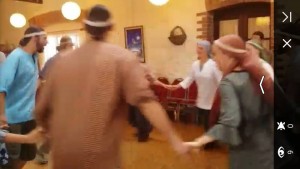